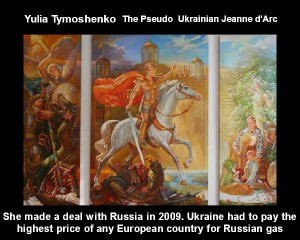 Yanukovich walked away from the trade deal because it lacked a hoped-for stand-by loan of as much as $15 billion from the
International Monetary Fund. The global lender was not prepared to lend new money without gas-price reforms.
Emerging markets investor Templeton was reported to have held a $5 billion Ukraine position in August, making its behavior
key to the performance of the country’s bonds.
A deal signed in 2009 by former Prime Minister Yulia Tymoshenko led to her conviction and imprisonment for abuse of office
and left Ukraine paying the highest price of any European buyer of Russian gas.
Read more:

An interview with Gordon Duff, senior editor of Veteran’s today from Ohio, about the