The Secret Agenda of Ashton and Nuland Revealed 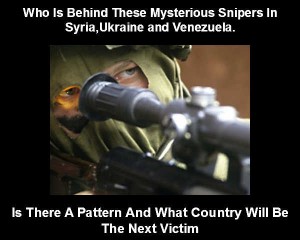 It has become a ritual that works every time: whenever Washington engages in regime change,
mysterious snipers turn out to kill both government forces and opposition protesters.
Then they disappear and are in principle never found. That is the case today in Syria,
Ukraine and Venezuela. In Syria, the events in Daraa pitted part of the population against
the government for a year. In Venezuela, forensic experts have shown that the shooters were
the same on both sides and the protest movement is losing momentum. As for Ukraine, the leaked
telephone conversations and the ensuing reactions leave little doubt that it is a repetition of
the same recipe, observes Wayne Madsen.
Read more:

Post Related to The Secret Agenda of Ashton and Nuland Revealed