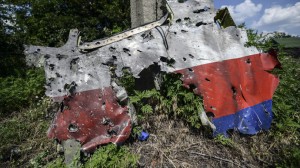 Russian Satellite Imagery on Malaysian MH17 Wreckage.The US has two spy ships off Ukraine.
If a missile were fired, they would have evidence as would our satellites that have watched that region since “forever.”
No evidence exists. On the contrary, we did find evidence that only Ukrainian army has such weapons. When that was told to the press, they were told that
it should be reported that the Ukrainian Army units may well have “defected” to the rebels and then “re-defected” or is it “un-defected” back again.
Read more here :
Read here also :

Singapore citizens have expressed their concern that U.S.A. Internet-based media often are critical of