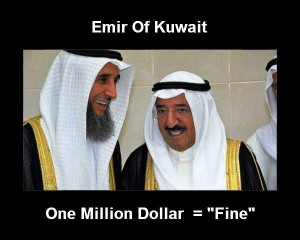 Kuwait’s information minister is defending a proposed media law that reports say could bring fines of about $1 million
for insulting the Gulf nation’s emir and other members of the ruling family.
The government has not given details of the draft regulations, which would cover both traditional media and online posts.
Read more:

South African “Blade Runner” Oscar Pistorius, a double amputee who became one of the