Wednesday, February 8, 2023 - 4:16 AM
NieuwsActualiteitenNu POLITIEKHistoric Speech In Damascus Syria On Terrorism Sends Shockwaves Around The World 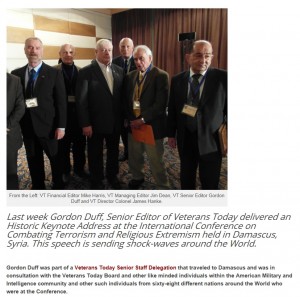 Why is his speech Historic? For a number of vitally important reasons. This speech is the first time in history an American Intelligence Team
of “non-activists” gave a military briefing to an audience of this type, including key Military Leaders of diverse Tribal Forces throughout Lebanon,
Syria and Iraq, along with a Russian delegation and many others from around the world. Before this historic speech by Duff, no one has ever
dared to speak the simple truth about the true problem, that it is not Terrorism in the Mideast, but it is the effects of large scale international Organized Crime.
Read more here:

South African “Blade Runner” Oscar Pistorius, a double amputee who became one of the