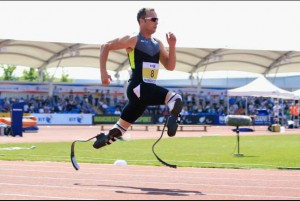 South African “Blade Runner” Oscar Pistorius, a double amputee who became one of the biggest names in world athletics, was charged on Thursday with shooting dead his girlfriend at his upscale home in Pretoria.
Read more:

TigerWoods Has A Rough Start At U.S. Open

It’s not easy fighting the wind and the pin locations, said Tiger Woods. His