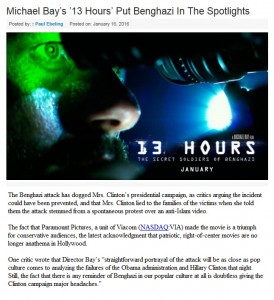 The Benghazi attack has dogged Mrs. Clinton’s presidential campaign, as critics arguing the incident could have been prevented,
and that Mrs. Clinton lied to the families of the victims when she told them the attack stemmed from a spontaneous protest over an anti-Islam video.
Read more here: